A motor is an electrical machine which converts electrical energy into mechanical energy. DC motor is further classified into three types.

In this type  the field is in series with the armature. This type of DC motor is only used for direct coupling and other work where the load (or part of the load) is permanently coupled to the motor. This will be seen from the speed-torque characteristic, which shows that on no load or light load the speed will be very high and therefore dangerous. In this case the field is in parallel with the armature, and the shunt motor is the standard type of d.c. motor for ordinary purposes. Its speed is nearly constant, falling off as the load increases due to resistance drop and armature reaction. 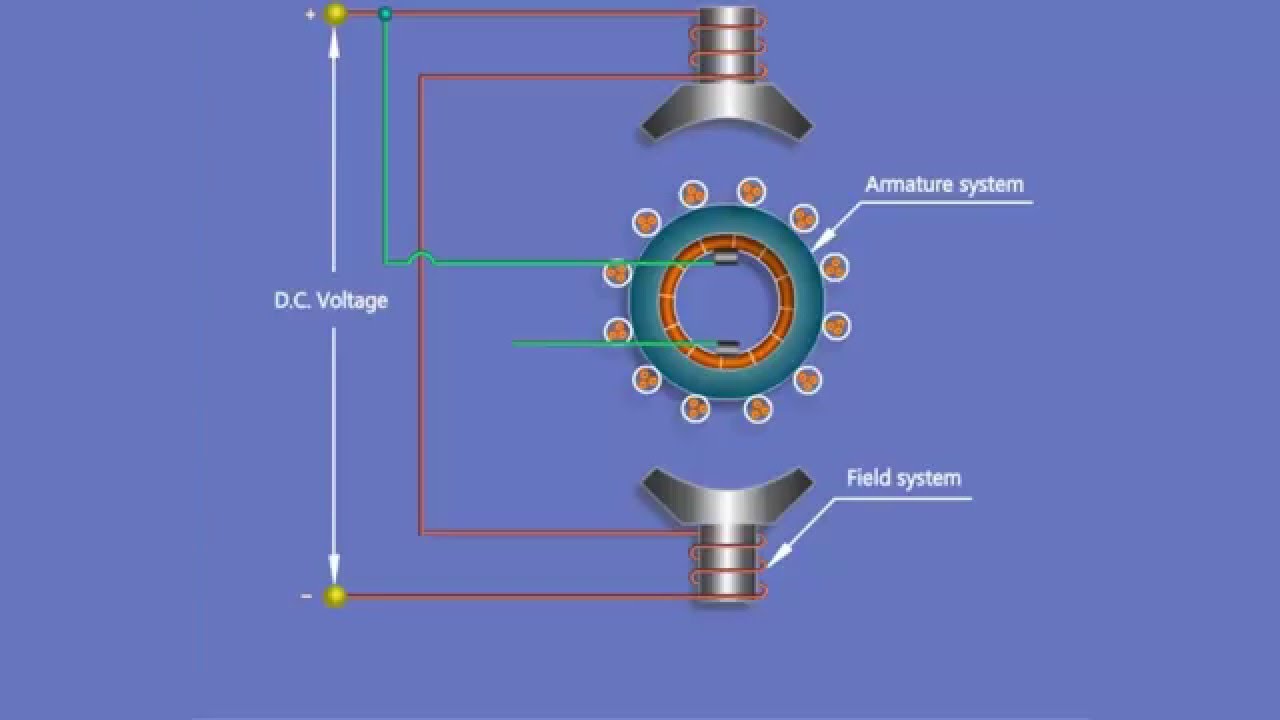 This is a combination of the above two types. There is a field winding in series with the armature and a field winding in parallel with it .The relative proportions of the shunt and series winding can be varied in order to make the characteristics nearer those of the series motor or those of the shunt-wound motor.  Compound-wound motors are used for cranes and other heavy duty applications where an overload may have to be carried and a heavy starting torque is required.

By series resistance in parallel with the field winding of the motor. The resistance is then known as a diverter resistance. Another method used in traction consists of starting up two motors in series and then connecting them in parallel when a certain speed has been reached. Series resistances are used to limit the current in this case.

For shunt and compound-wound motors

Speed regulation on shunt and compound-wound motors is obtained by resistance in series with the shunt-field winding only.This is shown diagrammatically for a shunt motor