A circuit breaker in which the current carrying contacts operate in  sulfur hexafluoride or SF6 gas is known as SF6 circuit breaker. SF6 is a very good dielectric material which can resist high potentials.SF6 gas is used as the arc quenching medium Sulfur Hexafluoride (SF6) is an electro-negative gas and has a strong tendency to absorb free electrons. Whenever circuit breaker opens its contacts an arc will form between the two contacts at the same time with high pressure SF6 gas will be rapidly pumped on the arc. The conducting free electrons in the arc are rapidly captured by the gas to form relatively immobile negative ions. The SF6 circuit breakers are very effective for high power & high voltage operations. 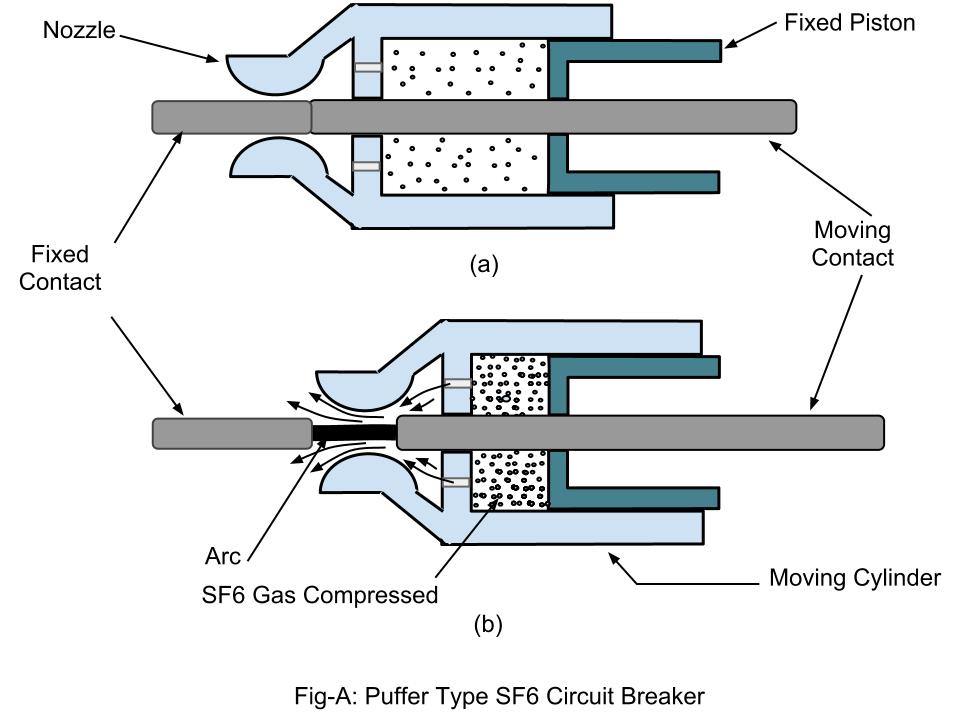 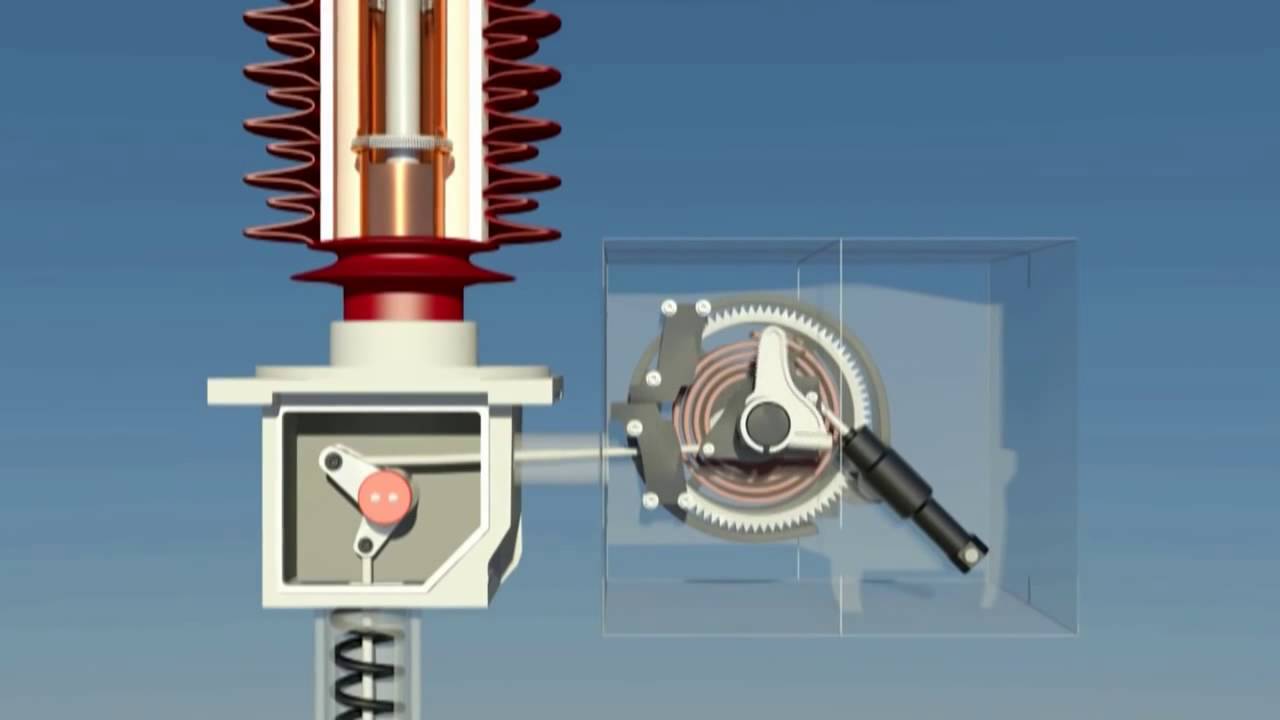 The high pressure flow of SF6 rapidly absorbs the free electrons in the arc path to form immobile negative ions which are ineffective as charge carriers. The result is that the medium between the contacts quickly builds up high dielectric strength and causes the extinction of the arc. After the breaker operation, the valve is closed by the action of a set of springs.

(I) Due to the superior arc quenching property of SF6, such circuit breakers have very short arcing time.

(ii) Since the dielectric strength of SF6 gas is 2 to 3 times that of air, such breakers can interrupt much larger currents.

(iii) The SF6 circuit breaker gives noiseless operation due to its closed gas circuit and no exhaust to atmosphere unlike the air blast circuit breaker.

(iv) The closed gas enclosure keeps the interior dry so that there is no moisture problem.

(v) There is no risk of fire in such breakers because SF6 gas is non-inflammable.

(vi) There are no carbon deposits so that tracking and insulation problems are eliminated.

(viii) Since SF6 breakers are totally enclosed and sealed from atmosphere, they are particularly suitable where explosion hazard exists e.g., coal mines.

(I) SF6 breakers are costly due to the high cost of SF6.

(ii) Since SF6 gas has to be reconditioned after every operation of the breaker, additional equipment is required for this purpose.

A typical SF6 circuit breaker consists of interrupter units each capable of dealing with currents up to 60 kA and voltages in the range of 50—80 kV. A number of units are connected in series according to the system voltage. SF6 circuit breakers have been developed for voltages 115 kV to 230 kV, power ratings 10 MVA to 20 MVA and interrupting time less than 3 cycles.